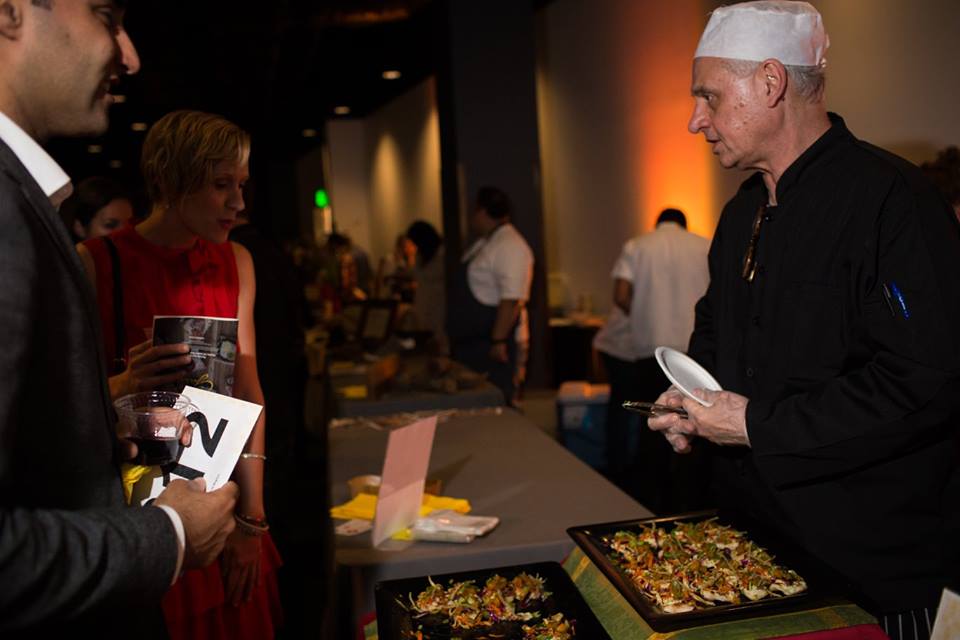 “It’s able to take people who may not survive long pursuing their individual peccadilloes, take people close to the bottom, and help them turn their lives around. It’s an incredibly commendable endeavor.” ​

​Chuck joined our kitchen as an intern in May 2017. From his first day in the kitchen, he arrived early, eager to work, and more eager to learn. He proved to be an incredible fount of knowledge with a skilled set of hands. He respects his culinary craft and his passion was evident in his work. “Nothing gives me as much pleasure as food. Making it, eating it, talking about it, watching it be prepared. The reason I decided to become a chef is because I remembered the fulfillment of creating something artistic. I’d like to do something that gives me an opportunity to explore my artistic side.”

Growing up on a Navajo reservation, Chuck was the oldest of four children. At age 7, he was already responsible for cooking for his siblings. Whatever was easiest to cook for the family, his little hands would master. “Whatever was available, I cooked. Shopping was primarily done by me.”

His family life was fraught with hardship as they moved to 19 different locations by the time he was in high school. Eventually Chuck sought escape from the turmoil and joined the U.S. Air Force in 1972. To his surprise, he scored the highest of all his fellow airmen on the military aptitude test, so he was able to choose the training he wanted. With a thirst for knowledge, he became an accounting specialist and proceeded to serve his country until 1976.

After completing his military obligations he gained admission to New Jersey’s Rutgers University. While college had its initial charm, he eventually became uninterested in attending classes. He started tending bar in New York City and began to learn more about the world.

While working late one night, he met a beautiful art history major named Kaethe. “It was the first time I truly cared about someone. Nurture was not an important trait passed on to me. We commenced on a relationship that was the envy of everyone who knew us.” Her father worked for an advertising agency, and sensing Chuck’s potential, quickly hired him for an entry-level position. He worked his way from the mail room up to copywriter. Shortly thereafter, he and his sweetheart were married.

Chuck’s career exploded. He was called to Los Angeles to become a senior copywriter and was a member of the team that created the “1984” Apple Computer television commercial aired during Super Bowl XVIII. He was then recruited to open the entertainment division of an even larger agency, and was suddenly at the forefront of a new era in marketing as product placement became the newest way for advertisers to attract consumers.

​It was around this time that fate dealt Chuck a hard blow. His wife became very ill; hospital sessions began to increase. And slowly, Chuck began to prepare himself for the worst. In an hour of darkness, while away from his beloved at an agency function, Chuck was offered drugs for the first time. He accepted the instant escape. And unfortunately, they began to take control of his life. A couple of months later his cherished partner passed away, and his addictions grew. “ I went down a dark road.”

Chuck struggled to regain control of his life and got into a program through the Salvation Army, called Harbor Light. His hard work paid off and he was hired as a counselor in the detox unit. Several years of hard work ensued. As luck would have it, a lovely young woman started volunteering at his unit. Chuck helped to get her hired in his department. Quickly, they were found out for their budding, but forbidden romance. “I’m not one for lying. One of us had to be willing to move on. I told her to stay and I went back to driving a cab.”

Chuck suffered one more relapse before finding food as his cure. “Throughout the whole ordeal, I had been cooking for everyone and anyone. I always told myself I didn’t think I had the skill set to be any good to cook professionally.” Chuck discovered the CHEFS program in San Francisco and shortly thereafter decided to enroll. “One day I woke up and said to myself life’s pretty short. You never know what’s going to happen. You could get hit by a bus. Why not do something enjoyable? Why not live your life the way you once dreamed as possible. I needed to explore and nurture some of my artistic soul.” 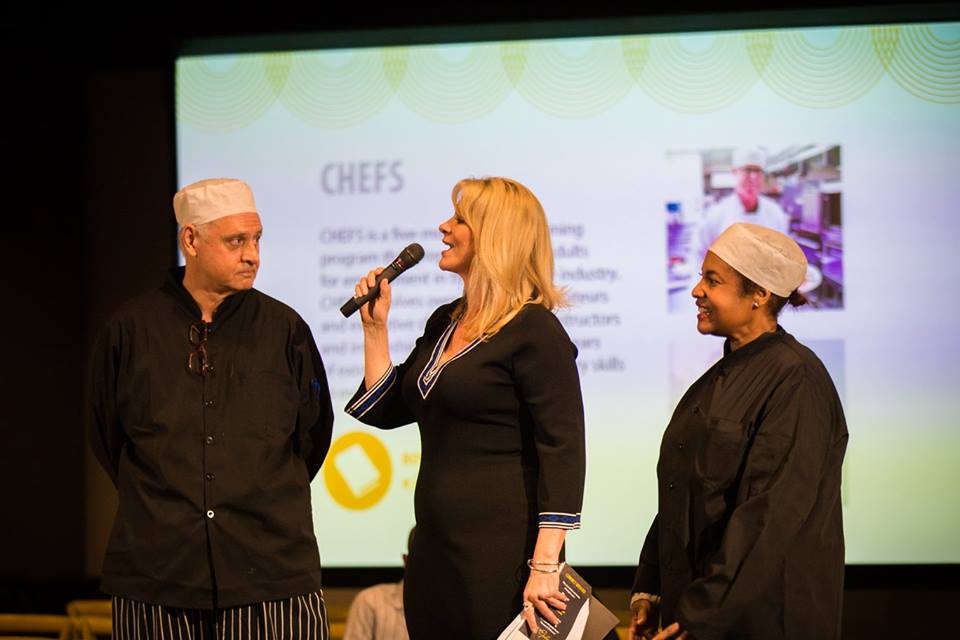 “I don’t have nearly the number of heartbeats I once did,” Chuck admits. “I want whatever those I have left to be meaningful, to have purpose, to have direction. And to feel connected to myself and the world.”

Chuck has excelled in the CHEFS program. He has learned a tremendous amount in a short amount of time and become a valuable member on our Zingari team during an eight week internship. Chuck devoted every moment in our Zingari kitchen to his own improvement. He has high hopes of pursuing pastry as his specialty within our profession, and a burning desire to work with San Francisco’s best.

“The program is extraordinary,” Chuck says of the CHEFS program. “It’s able to take people who may not survive long pursuing their individual peccadilloes, take people close to the bottom, and help them turn their lives around. It’s an incredibly commendable endeavor.” For future CHEFS program students, Chuck advises, “Listen. To do it well is exceedingly hard work. Is this truly what you want to devote yourself? Be prepared to give all that you’ve got because that’s what it will take.”

Chuck carries a special mantra he read in Sean Carroll’s book, “The Big Picture.” “How many heartbeats does a human being have during a lifetime? How many do you have left? How are you going to use them?” Over his eight weeks with Zingari, he seized every moment, and blossomed into a tremendous prep cook. “I don’t have nearly the number of heartbeats I once did,” Chuck admits. “I want whatever those I have left to be meaningful, to have purpose, to have direction. And to feel connected to myself and the world.”