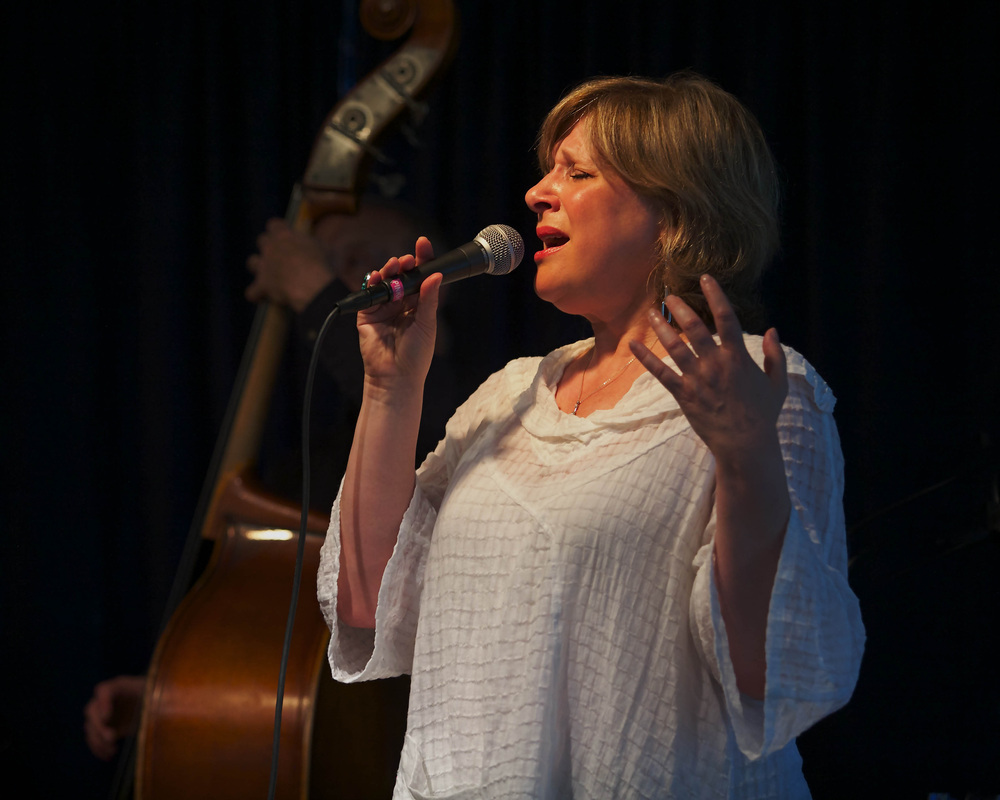 Anya Malkiel grew up in the former Soviet Union and moved to the United States in 1990. During her University years in her native St. Petersburg (then Leningrad), she was well known on the rock scene singing with her sister with such bands as Vozrozdenie and Aelita. But the first Jazz concert that Anya attended in Jazz Club Kvadrat changed Anya’s singing career forever. She began singing jazz standards and never looked back. She learned jazz mostly by listening to the western records and by collaborating with Russian musicians. She performed with Nevskaya Vosmyorka band in Jazz Club Kvadrat until she emigrated.

When Anya arrived to US, she sang with Natural Gas Jazz Band and Chicago Six on festivals in Reno, San Francisco, San Diego and Mountain View. She took a break to raise her daughter but returned to her passion in recent years. Anya attended Jazz Vocal Workshop at Stanford and studied with such legendary educators as Roger Letson, Madeline Eastman and Michele Weir. Anya is now back on the Bay Area jazz scene performing with the finest musicians. Anya has been singing at Café Pink House (Saratoga), Angelica (Redwood City), Zingari (San Francisco) and other clubs and private concerts.